How do I know if I have fibromyalgia?

Home/Social Security Blog, Common Diagnosis, Fibromyalgia/How do I know if I have fibromyalgia?

Fibromyalgia has a specific set of symptoms that your doctor will consider when diagnosing your condition. For example, one of the most common methods of diagnosis is to look for “tender points.” Tender points are key to diagnosing fibromyalgia properly.

What are the symptoms of fibromyalgia?

The American College of Rheumatology established criteria for classifying fibromyalgia in 1990. It stated that fibromyalgia was defined as having pain when finger pressure is exerted on at least 11 out of 18 key sites. The tender points must be on both sides of the body and above and below the waist. The criteria also include widespread pain throughout the body and exclusion of other causes of symptoms.

More recently, the 2010 American College of Rheumatology Preliminary Diagnostic Criteria expanded to include widespread pain, exclusion of other causes for symptoms and six symptoms of fibromyalgia as warranting a fibromyalgia diagnosis. Among the symptoms that may accompany fibromyalgia are:

Pain and fatigue and other symptoms may not be present every day, but if these symptoms have lasted for more than three months, you should seek medical attention.

There is also a new blood test that may help to diagnose fibromyalgia. The test is called FM/a, and it was presented to the annual conference of the American College of Rheumatology in 2013. The test is new, and there is an appropriate level of skepticism about its effectiveness.

Where can I go for help with fibromyalgia?

The best place to go when you suspect that you may have fibromyalgia is to a medical professional who has experience diagnosing and treating such cases. The American College of Rheumatology is a great resource for information and research about fibromyalgia.

There are also ways you may be able to improve quality of life with fibromyalgia. For example, WebMD recommends that people be flexible and plan their days around flare-ups of fibromyalgia. A good support system of family and friends can be a big help for fibromyalgia sufferers.

If you are unable to work, you may qualify for Social Security disability benefits. The SSA will evaluate your disability based on the 1990 and 2010 standards mentioned above. Get help from Rob Levine & Associates by calling 1-866-LAW-SSDI (529-7734).

How much are Social Security disability payments?

Medicare is Not Just for Retirees: Disabled Individuals May Qualify 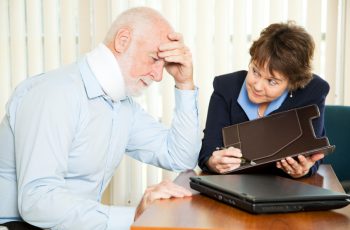 Mental Health After a Personal Injury