The Importance of Your Onset Date

The onset date indicates the date you allege that they became unable to work. The onset date for SSI claims is not hugely significant because with SSI claims you cannot get paid prior to the date of your application. However, the onset date you allege for SSDI claims is of utmost importance. Social Security will pay SSDI claimants up to 12 months prior to the date of the application. Also, there’s a five-month waiting period before someone can become eligible for SSDI:

Example 1: Waiting Too Long Can Cause Claimant to Miss Out on Benefits

SSDI claimant Sally Smith alleges an onset of disability beginning June 23, 2010 and we filed her IC Application for her on June 23, 2012. When she’s approved, here’s how benefits would be calculated. Due to the waiting period, Sally first becomes entitled to benefits in December 2010. However because Social Security only goes back 12 months prior to the application date, she can only be paid back to June 2011. So, she lost six months’ worth of benefits by waiting so long to file her claim. In addition, she won’t become eligible for Medicare until June 2013.

SSDI claimant Johnny Jones was laid off from his job on April 1, 2011 and has been collecting unemployment since then. He was involved in a horrific motor vehicle accident that left him paralyzed on July 4, 2011. In this case, his onset date should be July 4, 2011 (not the date he last worked).

Example 3: SSDI Claimant Trying to Work Even Though He/She is Quite Ill

SSDI claimant Betty Brown was diagnosed with cancer on June 2, 2011 and has been working off and on during her chemo and radiation treatments. She was out of work from June 3, 2011 through July 2, 2011 and returned to work part-time 10 hours per week at $12/hour for six weeks while undergoing radiation. She stopped working for the next month. On September 15, 2011, she started working again full-time for the next 2 months until chemo was started. Once chemo started, she worked a day here and there but finally stopped working altogether on December 8, 2011.

Here, the alleged onset date should be June 3, 2011. The subsequent part-time work is below SGA ($1010/month) so it doesn’t count and the 2 months of full-time work constitutes an UWA (unsuccessful work attempt) because it lasted less than 3 months and she stopped working due to her medical condition. (You can allege an UWA as long as the work attempt doesn’t last more than 6 months under certain circumstances.)

These concepts can be difficult to grasp. At Rob Levine and Associates, we can help you optimize the amount of benefits you are entitled to. Give us a call today at 866-LAW-SSDI (866-529-7734) for help with your Social Security claim.

Is foraminal stenosis serious? Is it a disability? 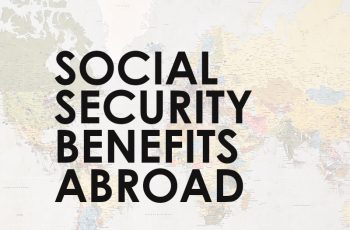 If I am an American citizen but live or move outside the U.S., can I qualify for Social Security disability benefits?