In the event of an accident, insurance companies want to make sure they protect their clients by resolving any claims as quickly and quietly as possible.  They do not have the interest of the injured party in mind.  After a claim has been filed many insurance agents will immediately contact the injured party and offer an legal claim release in return for a check.  The first person to talk to in any car accident or work accident is a personal injury attorney to make sure you aren’t signing away your rights to compensation you deserve.

A release is a contractual agreement where a party agrees to forfeit a specified legal claim or claims against another party in exchange for some benefit, for example financial compensation. The vast majority of legal releases contain iron-clad language which insulates the negligent parties as well as their insurance company from further legal action regarding the event, which is specific to the creation of the release. It is absolutely paramount that the party signing the release has proper legal representation in order to protect from exchanging unfair compensation for the elimination of any further potential legal action.

An injured party is at a substantial disadvantage when dueling with an insurance company or legally savvy negligent party. This inherent disadvantage is generally manifested in the form of unjust release agreements, which free a negligent party from any further legal responsibility for their actions in exchange for some nominal compensation.

The overall policy reason behind the enforceability of release agreements between parties is rooted in the benefit of a bargain. Parties are generally viewed to be rightfully able to provide an exchange of benefits to one another. This is an ideal which makes it possible for individuals to enter binding contractual agreements with one another.

A conundrum arises when a party with a valid legal action forfeits said action by signing a release the party does not understand. The ramifications of signing a release agreement, which is complicated without an astute attorney to represent your interest, can lead to unjust and unfair settlements.

One such example is a party who thinks a release agreement resolves their claim for property damage but inadvertently agrees to also resolve their personal injury claim as well. While there are defenses to contractual enforcement, for example mutual mistake, between the parties, success utilizing these defenses is extremely rare. Think of your attorney as both your sword and shield, blocking unjust actions and striking through the darkness to yield fair compensation for you before you settle your claim.

Here, are at Rob Levine & Associates, we have a reputation for fighting for maximum compensation. We take the time to examine every detail of any release agreement before our clients sign on the dotted line. Our goal is not a quick dollar. We wrestle with insurance companies and defendant’s alike so you can be confident any release agreement we recommend you, our client sign, contains language which ensures a fair result. Before you sign anything from the insurance company, please call us and make an appointment.

Safe Driving During the Holiday Season

Driving Safely in the Rain 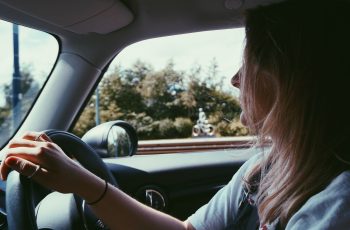