Why Won’t You Take My Case?

Though it can take many forms, one of the most frequently asked questions that we hear from potential medical malpractice clients after we have made the difficult decision to turn down their case is “why won’t you take my case?”  This is not a surprising question given that, in many cases, medical malpractice may seem to victims or family members to be a foregone conclusion.  Take, for instance, a delayed diagnosis of lung cancer.  It is not uncommon for us to hear from someone who tells us something like this:  After some recent coughing episodes lasting several days, the caller decided to see his primary care physician for a check-up.  The patient tells his doctor about the coughing and the doctor orders a chest x-ray.  The chest x-ray shows a mass in the right lung which is then confirmed to be early-stage lung cancer.  The patient is very surprised (and upset) to hear this because, about a month before this, the same doctor had done a chest x-ray for the patient’s bronchitis type chest congestion symptoms and told the patient that, other than some inflammation due to the bronchitis, everything looked fine on that x-ray.  Now, the primary doctor refers the patient to a cancer specialist who orders the medical records from the primary doctor’s office.  In reviewing those records, the cancer doctor discovers that the earlier chest x-ray actually did show the cancerous mass and that this is something that the primary doctor should have identified and reported to the patient at the time.  Nevertheless, the cancer doctor tells the patient that because the cancer is still in its early stages there is a 95% chance of him being cancer-free after some treatment.  Despite this, the patient is still, understandably, very upset with his primary doctor and now wants to sue him for medical malpractice.

Sounds like there might be a good case against the primary care doctor, right?  …. Not necessarily, and here’s why.

In deciding whether or not to accept a potential medical malpractice case we, as lawyers, must take into account a number of things that the caller may not necessarily be thinking about and any one of which may indicate to us that we should, ultimately, turn down the case.

Using our hypothetical case example, the first thing that we want to try to figure out is whether or not the primary doctor deviated from the accepted standard of medical care here.  In all fields of medicine, there are basic minimum medical standards that practitioners must follow when caring for patients.  If providers deviate from the standard of care when treating patients then they can be subject to medical malpractice liability.  In our example, there is a basic medical standard applicable to whether or not the primary care physician should have identified the mass on the earlier x-ray and, if so, what he should have done at that point in terms of recommending care and treatment options to the patient.  Since we are lawyers and not doctors we are not necessarily capable of determining whether or not a medical practitioner committed malpractice under given circumstances.  So in our hypothetical case, we would likely need to have a medical practitioner in the same field – i.e., another primary care doctor – review the medical records and provide us with an opinion on (1) what the standard of care required of the patient’s doctor when the mass showed up on the earlier x-ray and (2) whether the primary doctor deviated from the standard of care by failing to discuss it with the patient and also failing to recommend treatment options at that point.  Unfortunately, it is not inexpensive to have an independent medical professional render such an opinion (in some cases it can cost several thousand dollars!) and this is something that our law firm pays to have done when advisable – we rarely ask potential clients to absorb this because we know that, in most cases, they cannot afford to do so.  So, right from the get-go, we have to consider whether and to what extent it will cost us money (that we may not be reimbursed for) to have the case reviewed in order to determine whether or not there is malpractice.  And we usually have to have the case independently evaluated even in cases like this where the cancer doctor told the patient that he believes the primary care doctor should have identified the cancerous mass from the earlier x-ray.  If we were to take this case and file a lawsuit against the primary care doctor the court would require us to have our own independent expert to testify at trial about what the patient’s doctor did wrong.  The court would likely also require that our independent expert be in the same specialty as the doctor whom we would be suing – i.e., another primary care physician.  So, even though the cancer doctor in our case seems to be critical of the patient’s primary care doctor, likely, that would not be enough for us to bring and prosecute a malpractice case to a jury.  On top of all this, we also have to consider how much more beyond the initial record review our independent expert would likely charge us to further consult on our case and, if necessary, testify in support of his opinions.  In many cases, it is not unusual for an independent expert to cost us many tens of thousands of dollars throughout the life of the case!  Depending on whether and to what extent the case ends up recovering any money (many medical malpractice cases that go to trial are not successful – that is another story in and of itself), we may or may not be reimbursed for what we have to spend to pay our expert doctor (if the case is unsuccessful our law firm absorbs those costs – the client does not pay for that).

So, just investigating a potential medical malpractice case is very expensive for us, not to mention how much it costs to take it all the way.

Starting to get the picture for why we are so choosy about the cases that we decide to accept versus those that we don’t?

Going back to our hypothetical case, if we determine based on what the caller is telling us that the primary doctor might have been negligent then we have to try to assess whether or not the negligence actually caused significant damage to the patient.  Remember, the earlier chest x-ray which first showed a mass was only done a month before the caller was ultimately diagnosed.  So, if it was negligent for the primary care doctor not to have picked up on the lung mass when the first chest x-ray was done what would the result have been if he had picked up on it when he should have?  Likely, he would have done the same thing that he ended up doing a month later – refer the patient to a cancer specialist for further treatment.  The obvious question that then arises is – would an earlier diagnosis of the cancer have given the patient a better treatment outcome?  Possibly not as some cancers, including lung cancer, can develop slowly over many months or years.  So, in the grand scheme of things, a one-month delay in diagnosing the lung cancer may not have made a very big difference in terms of overall outcome for our caller.  Moreover, when the cancer was detected it was in an early stage.  In most cases, early-stage cancers are highly treatable.  And the better the prognosis for the patient usually the less the case is worth.  Think to yourself – if you were on a jury who would you give more money to, a person who was diagnosed with early-stage cancer and made a full recovery or someone who was diagnosed with end-stage cancer and facing the remaining few years of his or her life looking at immeasurable pain, suffering and, finally, death?  Consider also that there are cases at the other end of the spectrum.  Assume, for instance, that our patient had instead had such an aggressive cancer that, more likely than not, even an early detection would not have made any significant difference in his prognosis so that he would have been facing a grim outcome either way.  The point is that although there can be negligence, depending on the facts, the extent of the damages can play a significant (sometimes determinative) role in whether or not we decide to take a medical malpractice case.

In the case of our hypothetical caller, even though it looks like the primary care doctor probably committed malpractice in not identifying the lung mass on the earlier x-ray and failed to discuss treatment options with the patient at that point in time, given that the cancer was inevitably detected early and because there is a 95% likelihood of a full recovery this case probably would not generate enough money to offset the significant costs associated with pursuing the matter.  Remember, the independent expert alone would cost us many tens of thousands of dollars, which is not to mention what the other case costs would run.  If the case does not succeed then our firm must absorb these costs.  On the other hand, even if the case does result in recovery it would have to be enough not only to reimburse us for our out-of-pocket costs but also to generate an attorney’s fee for us (usually 40% of the gross recovery) and also to net enough money for the client to make the case worth bringing.  Since this hypothetical case would be unlikely to result in a significant enough recovery to offset all of these fees and costs (or, perhaps no recovery at all), we would probably decline this hypothetical caller’s case.

So, if we make the unfortunate decision to decline your case please know that we do so only after giving the matter the most careful of consideration. 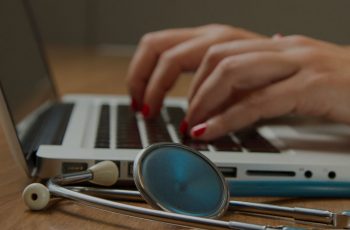 Ensuring Your Safety as A Patient 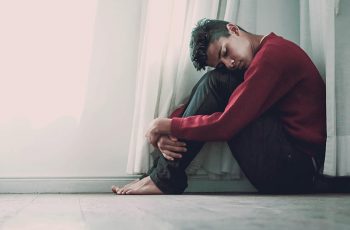 What is Mental Health Malpractice? 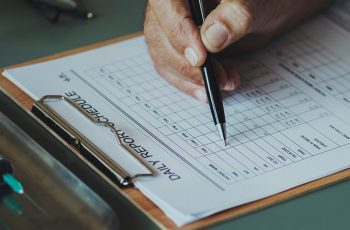 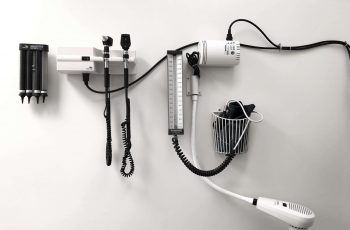 What is the Patient’s Bill of Rights?