7 Reasons You Should Buckle Up

Home/Blog/7 Reasons You Should Buckle Up

Most people know that buckling their seatbelt is an important step to stay safe if in a traffic accident. Below are seven reasons you should buckle up every time you get in your vehicle – and to make sure your passengers buckle up when getting in yours.

1. It’s Another Defense in the Event of an Accident

As a driver, you have only a few defenses from negligent motorists who may be driving recklessly or under the influence of drugs or alcohol. In the event of a crash, wearing a seatbelt adds to that list of defenses in order to keep you safe from any serious harm. Further, if you’re purchasing a vehicle, research all available safety features that may reduce risk of accidents and injuries.

This might be the best of the reasons you should buckle up. Seatbelts have been proven to save lives in serious car accidents. In fact, according to a 2010 report provided by the National Highway Traffic Safety Administration (NHTSA), between 2004 and 2008, seatbelts saved more than 75,000 lives. The report also estimates that another 4,152 lives would have been saved in 2008 had all drivers worn seat belts.

One of the best reasons to wear a seatbelt is the belt’s ability to prevent the individual from being ejected from the car in the event of a serious crash. Because the car’s (and as a result, the driver’s and passengers’) momentum will be forward, any sudden stop may lead to unrestrained passengers being thrown toward the windshield. A seatbelt can prevent those within the car from leaving their seats during a car wreck.

In addition to keeping you safe in the event of a car crash, wearing a seatbelt is another of the reasons you should buckle up because it can help prevent you from having to pay a fine. Connecticut, Rhode Island and Massachusetts all require drivers and passengers to wear seatbelts.

In Connecticut and Rhode Island, seatbelt use is a primary law, meaning law enforcement officers need only witness a person not wearing a seatbelt (front-seat occupants in CT and all occupants in RI) to pull over the vehicle. In Massachusetts, seatbelt use is a secondary law, meaning a police officer requires another reason to pull over the vehicle before issuing a ticket for failing to wear a seatbelt.

5. Even Minor Accidents Can Have Consequences

Some people may choose not to wear a seatbelt if they are traveling slowly or if they are only traveling a few miles. But it is important to realize that even low-speed accidents can lead to injuries that a seatbelt might help prevent. Meanwhile, the location of the accident largely plays no role in accident severity, so even if you’re traveling a mile to the store, buckle up just in case.

6. Everyone Else is Doing It

Don’t be afraid to follow the crowd when it comes to buckling up. According to a January 2014 report by the NHTSA, 87 percent of car occupants wore seatbelts in 2013. Anyone who chooses to ride without a seatbelt is in the minority.

7. It’s Simple to Buckle Up

Perhaps the most basic of the reasons you should buckle up in the car is because it is a simple way to protect yourself in the event of a crash. It takes no more than a few seconds to buckle up when you get in the car. In fact, it should be a habit every time you get in a vehicle.

Of course, here at Rob Levine & Associates, we encourage you always to buckle up when you are on the road. If you are involved in a car accident, pick up the phone and call Rob Levine, the Heavy Hitter ®, at 1-800-529-1222. We can help you file a claim for damages as you rest and recover. 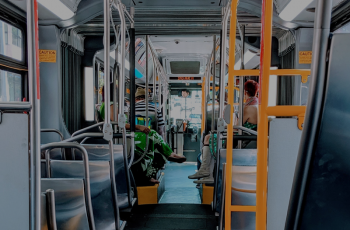 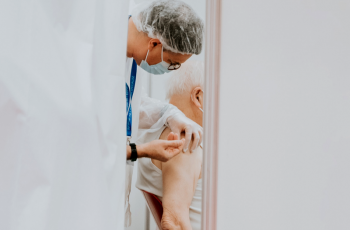 Covid-19 and its Impact on the Disability Benefits System