Attorney Rob Levine knows the value of branding – after all, countless billboards and TV ads have touted Levine as the “Heavy Hitter” of personal-injury law.

That’s why Levine – whose law firm is formally known as Rob Levine & Associates Ltd. – believes a rule enforced by the R.I. Supreme Court banning law firms from using trade names to identify themselves is unconstitutional, antiquated and should be eliminated.

And he’s not the only one.

Rhode Island’s rule is the focus of a federal lawsuit by Utah-based law firm LawHQ, which is seeking to expand its law practice into all 50 states under the LawHQ trade name. The lawsuit, filed in January 2020, argues that the rule against trade names for law firms violates the First Amendment protection of commercial speech and “serves no valid purpose.”

LawHQ had initially sued disciplinary and bar officials in nine states where law firms were required to include the name of a lawyer practicing at the firm. In the face of a legal fight, some of those states – including New York and New Jersey – have now wiped the requirement from their books, but Rhode Island court officials continue to put up a defense.

The ban, known in Rhode Island as Rule 7.5(a) of the state Rules of Professional Conduct, was initially adopted by the American Bar Association in the 1920s to address a concern that trade names could be misleading and disguise the practitioner or a partnership, potentially endangering the consumer.

But LawHQ’s lawsuit argues it no longer serves that purpose.

“Nobody could claim that consumers would be better protected if trade names were prohibited in other industries,” the lawsuit states, noting that it would be like requiring Facebook Inc. to be called Mark Zuckerberg & Associates, or Apple Inc. to be called Jobs & Wozniak, the names of the founders of each of those companies.

“On the contrary, prohibiting firms from using trade names … makes their names more misleading by replacing memorable and easily distinguishable firm names with the names of partners who are often retired, deceased or unlicensed in the state,” the lawsuit says.

Levine agreed. “There is no position that you can say that using a trade name for a law firm [is inappropriate], since it is perfectly OK to use them in every other industry,” he said.

The American Bar Association – a professional group that sets academic standards and ethical codes for the legal profession that can be adopted by bar associations in individual states – eliminated the ban in 2019, asserting that trade names were acceptable if they are not misleading.

“The ABA sets the standards, and its rules should be followed in every state,” Levine said.

David D. Curtin, Supreme Court chief disciplinary counsel, is listed as the defendant in LawHQ’s legal action. The R.I. Office of the Attorney General, who is representing Curtin, declined to comment.

In a motion to dismiss the federal lawsuit, lawyers from the attorney general’s office argued that the case was “unripe” because LawHQ doesn’t have any licensed attorneys in the state and has no standing.

Last month, U.S. District Court Judge Mary S. McElroy in Providence allowed the case to move ahead in a ruling that noted “the waning viability of Rule 7.5.” In her rejection of the dismissal motion, McElroy noted that for many years, Rhode Island omitted the ban on trade names from its rules of professional conduct, but it was readopted in 2015.

Lynette Labinger, a volunteer attorney for the American Civil Liberties Union of Rhode Island Inc., said restrictions on trade names do not help the consumer, and the rule “places a burden on the government to justify its restriction.”

Labinger also noted that the legal profession takes time in making changes such as this and tends to be “pretty conservative in its approach.”

Levine said it’s a matter of allowing “equal access to fair justice.” Having doctors, lawyers and accountants “all competing on a fair basis,” he said, reduces the cost of services and broadens expertise across state lines.

“Two areas of our practice are national-based,” said Levine, whose firm is licensed in Connecticut, Massachusetts and Rhode Island. His firm also has a national practice handling Social Security benefits law and veterans disability law.

Levine said although he is known as the “Heavy Hitter,” his firm has not decided to use a trade name. He said it did adopt the brand, “Justice for All,” prior to Rule 7.5’s readoption in Rhode Island, but he sold that name to another law firm and then rebranded.

“We exist for one reason only: to serve the client,” said Levine, who has practiced law for 20 years. “We should be able to compete on a fair basis no matter where that client is located. If you restrict our state to only a small group of practitioners, the price is going to be higher.” 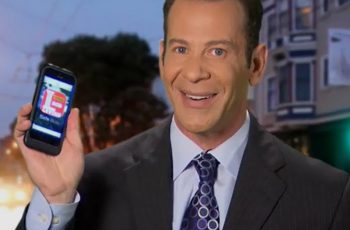 Get a Safe Ride Home This Holiday 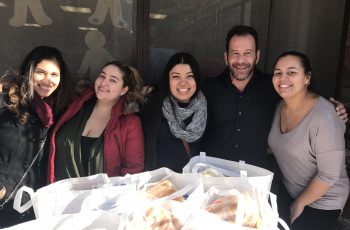 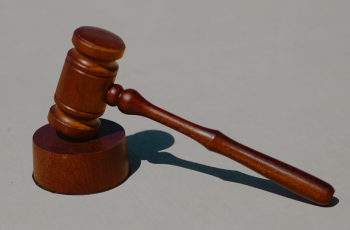 Getting to Know Your State’s Laws: Statute of Limitations

Rob Levine & Associates.
Here when you need us, 24/7
No Fees Until You Win.