Home/Blog/Best and Worst Times to Drive in Connecticut

Driving is a basic necessity for many people. People drive to get to and from work, to take kids to school, to visit friends and family, and to go on vacations or take long, scenic drives through Connecticut. However, while driving is a must for the majority of people, driving can also be dangerous for some. With highways filled with large commercial vehicles, aggressive and negligent drivers, drunk drivers, and more, Connecticut isn’t always a safe place to be on the road. In order to better protect yourself and your family, understanding the dangers that driving can present is critical to safety. For a look into the best and worst times to drive in Connecticut, refer to the following:

Rush hour traffic can be dangerous anywhere. Whether you’re traveling on I-95, I-84, I-91, or one of the major roadways in the state, the greater number of cars during this period can create congestion, which contributes to the likelihood of an accident. Afternoon rush hour is usually anywhere in between the hours of 4:00 and 7:00 p.m., and during this time of day, congestion can lead to aggressive driving, distracted driving, and a disregard for traffic laws—all of which can cause an accident. The hours between 4:00 p.m. and 7:00 p.m. saw 53 fatal accidents, according to a report from the Connecticut Department of Transportation.

Driving at night or in the early morning hours, especially on the weekends, can be risky in Connecticut. In fact, 48 fatal accidents occurred between midnight and 3:00 a.m. This represented 17 percent of the fatal accidents in 2008. The high level of accidents occurring after midnight may be related to drunk driving after spending the evening drinking, according to Mothers Against Drunk Driving. The weekends and holidays may also increase rates of drunk driving.

The same report released by the Connecticut Department of Transportation shows that road surface conditions are often related to accidents. In 2008, for example, 20.55 percent of accidents that resulted in injuries occurred when the road was wet, and 9.29 percent of accidents that resulted in fatalities occurred while it was raining. Inclement weather conditions can impair vision, as well as cause slippery road surface conditions. In addition to rain, snow, sleet, fog, ice, and slush are also contributing factors. As such, driving in the winter or rainy season can be dangerous in Connecticut.

The month of November had the lowest number of motor vehicle accidents that resulted in fatalities in Connecticut in 2008 with 14, followed by the December and February with 17. Tuesday was the least likely day for an accident resulting in a fatality to occur, and the hour between 8:00 and 9:00 AM had the lowest number of fatal accidents in 2008. While avoiding driving during certain hours can help to reduce your risk of an accident, an accident can occur to anyone, anywhere, and at any hour or day or day of the week. As such, it’s best to always stay aware when driving, to follow traffic laws, and to drive defensively. If you’ve been involved in an accident where another driver was at fault, seek legal services with an attorney immediately.

At Rob Levine & Associates, we know how traumatic a car accident can be. For help understanding your rights as a victim, and for assistance filing your personal injury claim, call us today for a free consultation at 800-LAW-1222 (529-1222). 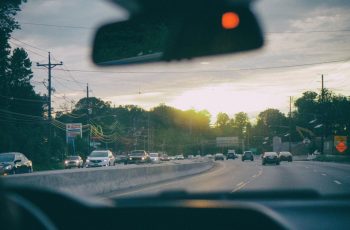 Laws for Driving Through School Zones